Since the Summer issue of the Newsletter no less than three SD vehicles have been sold at auction. 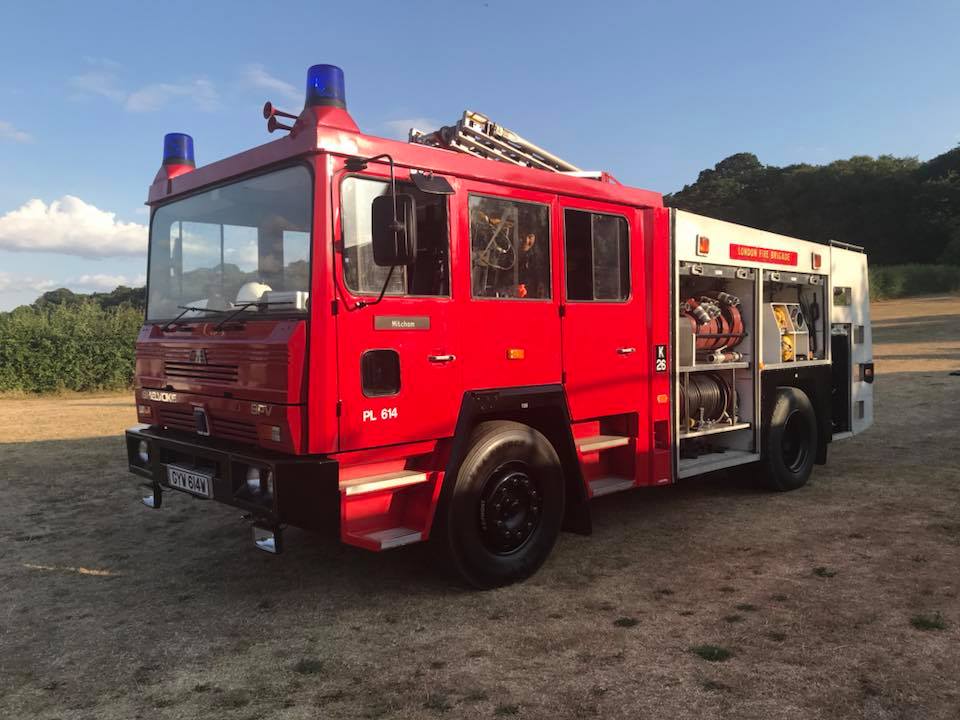 This TN Gully Emptier was sold at Helston in Cornwall for £1,900 in August. I don’t have any further details.

78 DNK a 1958 ‘W’ type, originally a Fore & Aft tipper in service with Ketton R.D.C. was given an unusual but striking livery for the auction.

In preservation it waso wned by Ted Hoole from Sheffield, since 1977 until Spring 2010 as a flat bed lorry, which carried a fairground organ. It was then purchased by Michael Cooper of Maybole, Ayrshuire, Scotland who fitted a Derby type body. It was sold on in 2015 to a buyer in N.E. England

This photo from 4th November shows the progress being made on the restoration of the 1974 NY Revopak returned from Malta in 2015 by Aled Rees from Bristol where new tines have been manufactured and welded to the compaction system.

I have recently talked to Steve Jones who played such a big part in enabling the SD Enthusiasts’ Club to come into being when Channel 4 TV broadcast a programme about his vehicle in the ‘Salvage Squad’ series. The Revopak was going through the M.O.T. process and has been found to need a complete set of new tyres. Recent regulations mean that tyres over ten years old have to be replaced. It isn’t an inexpensive task preserving these vehicles and we owe a great debt to the owners for all their efforts.

I think that of all I try to do to provide an interesting SD Enthusiasts’ Club keeping track and recording existing vehicles is the most difficult. I’ve produced an account on the Preserved Vehicles page. From there a link takes you to a more comprehensive list.

The list also records any DVLA records that exist for the vehicle, and their website https://vehicleenquiry.service.gov.uk/ ought to be consulted each month to update details of whether the vehicle is taxed or not. In addition Aled Rees has put in a lot of effort to keep the Wikipedia page https://en.wikipedia.org/wiki/List_of_preserved_Shelvoke_and_Drewry_vehicles I started up to date. I find there is a need to update a number of entries there.

PLEASE is there any reader who would undertake to keep thse lists up to date?

A further website of interest is https://www.howmanyleft.co.uk/make/sd which searches DVLA records to try to record how many SD’s survive.