THE MAKING OF AN SD ENTHUSIAST Part 2.


In the very early days of the SD Enthusiasts’ Club John Holt wrote to me on 30th March 2003. Included in his letter were the words:- “People say that I am like a stick of rock – S&D right through.”

John was typical of many SD employees, his father had two spells at S&D, as a demonstrator driver in the 1920’s and 1930’s and again as a driver in the 1950’s. John came to the company in 1946 as an apprentice and his brother, Raymond, was also an SD apprentice. John served his National Service from 1951 to 1953 and then worked on the engine bench for a few months. with Jack Perkins and Cyril Payne- two good stalwarts of S & D. 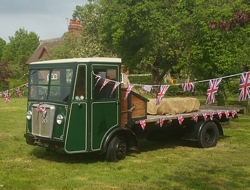 The photo shows the SD engine fitted in the ‘W’ type – in those days SD made their own engines and gearboxes.

John then moved to the Service Department where there were about twenty men working. Tommy Thorn was foreman, and Jim Hacker charge hand, others were:- George Bread, Jim Morley, Jack Fitch, Frank Hopgood, Jack Lawton, Jack Arnold, Eric Kilfoyle, John Hill and Reg Bowles – “Happy Days.” John rose to become a foreman under Jack Arnold as Service Manager. He also remembers Maurice Melton and Jack Wilkinson. He wrote:- “I really enjoyed working there for many years.” He remained in the Service Department until he was made redundant in 1983 having completed 35 ˝ years at S&D. He also served on the Apprentices’ Committee and enjoyed seeing school leavers progress to become qualified engineers. He had many friends at the company where he spent so many happy years.

John also recalled the social side of life at S&D saying:- “I remember the coach trips arranged by Bill Weaver to see shows at the Alma Theatre in Luton, and the Finsbury Park Empire?” Like so many former SD employees John was a true SD Enthusiast. 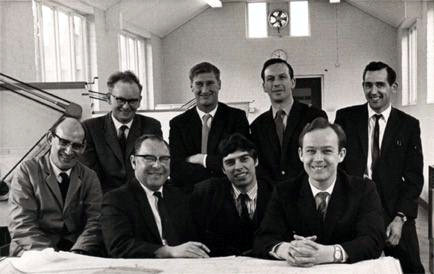 From a very early age Steve Jones was fascinated by dustcarts. His Mother recalled that as a small boy he was getting all excited by Sunday because the bins would be emptied on the coming Wednesday. And he soon got to know the operators of the Council’s dustcarts.

By the time he was at Secondary School he had to make sure that he had a window seat when the refuse collectors made their weekly visit to the school. So it was no surprise that on leaving school Steve spent nineteen years with Hounslow Borough Council on refuse collection and grounds maintenance. His overall favorite was the NY Revopak.. He enjoyed the work so much that even on holiday on the Isles of Scilly he managed to help out on their refuse collection where eventually they used a PN Revopak. When that was retired Steve managed to get ownership of the vehicle and then persuade TV’s Salvage Squad programme to restore it with the programme being broadcast in January 2003. A second vehicle was used as a source for parts and Steve also purchased from Blackpool an PNL Revopak that had been on sea front litter bin collecting duties.

The Isle of Wight County Press sent their reporter, Charlotte Hofton, to see Steve after the Salvage Squad programme was broadcast. Steve gave her the full treatment starting at the barn where he keeps his two Revopaks. Charlotte wrote: “ I have never met Mrs. Jones but having spent the afternoon in the company of her son, I have every sympathy for the woman.” She just didn’t understand that Steve suffers from a severe bout of SDitis! Charlotte was treated to a trip round the yard in Steve’s PN Revopak and ten at his home she saw all the memorabilia that he has collected.

Steve now lives on the Isle of Wight where he runs his own landscaping company. Steve keeps the ex-Isle of Scilly vehicle in pristine condition and ensures it stays in working order by making a regular collection of waste cardboard from an Isle of Wight retailer. The restoration of the PNL is a long term project with Steve spending many hours in a barn carrying out all the work that is required.

Steve made a second appearance on TV in two episodes of BBC’s ‘The Secret Life of Rubbish.’ In front of the camera he is a natural. Your Editor has twice enjoyed Steve’s company on the Isle of Wight, where he was persuaded to become a loader of cardboard into Steve’s Revopak.

If all that Steve does isn’t defined as:-“Preserving the memories and reputation of Shelvoke & Drewry” ? I ask, what is? A visit to Steve’s home reveals all the memorabilia he has accumulated about Shelvokes over the years, and his rescuing of two Revopaks helps preserve them for future generations to see this successful refuse collection vehicle. 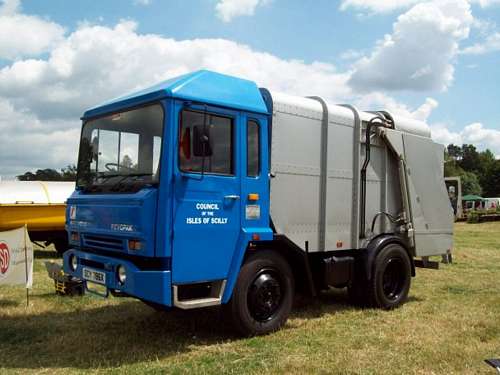 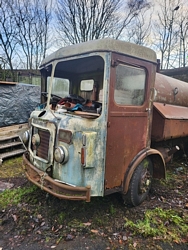 James Mason walks in front of a Dennis side loader. I don't know why but it has been suggested that he worked 'on the bins' when acting work was scarce.

By coincidence Trevor Wood is also a resident of the Isle of Wight where he lives in retirement. He has written:- “ I first became aware of SD in the early sixties as an 8/9 year old, growing up on small rural council estate where there were, I think, only two residents that had cars and they were company ones! So the only vehicles I saw regularly were the coal wagon and the dustcart of which my earliest memory is of an old Dennis side loader which called once a fortnight. That was replaced by a Bedford O type side loader, in about the time that the council went on to weekly collections and this meant another change in the form of a new SD TW Fore and Aft tipper, which was fascinating to a lot of people,, including me, watching it tip forward!  I soon noticed the SD roundel on the front that gave them that individual identity, and about the same time the Bedford O type cesspool tanker was  replaced with a TW 800 gallon tanker, with a nightsoil box, which went through the village several times a day to and from its tipping point just off the main road. As with any new idea the weekly collection had teething troubles, and the collection became erratic with different SD  RCV’s turning up on different days of the week, including Saturdays sometimes, fortunately for me they all had fleet numbers and I soon began remembering them and thus began my interest in SD  vehicles.

As I got older and started work as a van boy for a wholesale wine & spirit merchants I was travelling all over the south of England and saw all sorts of different RCV’s and tankers mostly SD  I must say, followed by Dennis and Karrier. When I went to work on a farm the dustman still called fortnightly(Dorking & Horley R.D.C.) and they had an SD TW Fore and Aft Tipper which was old then! It was a small 15yd one crewed by two guys that had been on it for years, the mate had found a bugle at some stage and would announce their imminent arrival by blowing it! On one occasion he got reported for doing it by an old retired military man who had saddled up his horse because he thought it was the hunt!, On occasions they had a spare vehicle in the form of a 35 cu yd F&A with a Leyland engine and a pneumatically operated rear door.”

Trevor joined Dorking Urban District Council in October 1972 working on refuse collection. At that time Dorking had 3 TZ Pakamatics, the oldest being from 1964, one Fore & Aft tipper and a Bedford TK with an Eagle Crushload body. When the Pakamatic was replaced by a Revopak Trevor describes it as like being given a Rolls-Royce - such was the improvement.

In the 1974 Local Government Reorganisation Dorking U.D.C., Leatherhead U.D.C. and the rural part of Dorking & Horley R.D.C. became Mole Valley District Council. Their smaller F&A was inherited and used as a spare, Trevor told me:- “ I worked on that many times as our Karrier was often off the road with cab door problems. ,Its Reg.No. was 14 YPG - ,that plate would be worth a few Bob now!” The amalgamation of the refuse collection fleets gave Trevor the opportunity to compare SD’s Fore & Aft tippers with their Glover Webb & Liversidge equivalent – the DualTip.