It can now be revealed that Shelvoke & Drewry employed secret agents to ensure that they were constantly aware of developments at their commercial rivals.

For many years the refuse collection vehicle market was dominated by two names :- Shelvoke & Drewry of Letchworth and Dennis Bros. of Guilford. Other refuse vehicle manufacturers were regarded as second division as they mounted their bodies on commercial chassis. Glover, Webb & Liversidge favoured Karrier chassis whilst Eagle of Warwick often used Bedford chassis. So far as SD went the argument was that for refuse collection you needed a specialised chassis. The primary requirements were for a vehicle capable of constant stop/start conditions, a chassis rugged enough to travel on unmade roads to the tip (nowadays called landfill), and a cab large enough to carry a crew of five plus the driver. The large crew was necessary as customarily the operatives carried the bins from back gardens and returned them empty.

When Agent 007, otherwise known as Mike Mullarkey SD’s Exeter Service Depot Manager heard that Dennis were demonstrating a new vehicle not far away from him in Exeter, the challenge to spy on the demo  was irresistible. 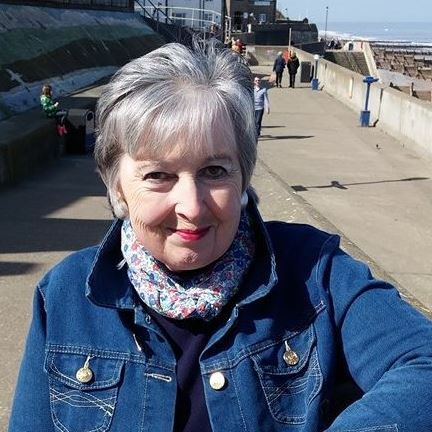 With a quick:- “See you later lads” it was off in the car to see what was going on. Armed with his trusty camera Mike took the shot shown above. Clearly keen not to be spotted “007” kept his distance. And what a sight it was! An articulated Dennis! The tractor unit carried the familiar Ogle designed Dennis cab which had caused such consternation at SD Headquarters in 1978 when it emerged that SD’s revolutionary ‘P’ series cab wasn’t as exclusive as they had believed. The tractor unit was coupled to a Dennis Phoenix 18 body.

“Ideal for Devon & Cornwall roads” thought Mike – “It wasn’t!” “Who would ever want a vehicle this size?” he pondered. But this was clearly something he had to report back to Letchworth HQ.
Emboldened by not being hustled away by Dennis heavies Mike selected the best secluded spot to carry on snapping away. And eventually he was close enough to get this shot of the coupling mechanism:-

Stewart Graham, a former Dennis demo driver told us:- “They were built for Hong Kong with Phoenix 18 bodies. Prior to delivery the customer wanted a demo, the problem was it could not reverse up some of the steep hills as it lost traction on the drive axle, they were a nightmare to reverse at the best of times due to single axle and very short wheel base.

They were not really designed for door to door street collecting, in HK they would drop the trailer under High rise flats and connect to mains to power the hydraulics and manually load as people bring to compactor. That said, as a tractor unit only, with Perkins twin turbo V8, they went like hell off the mark. I even beat a XR3 up to 40mph lol”