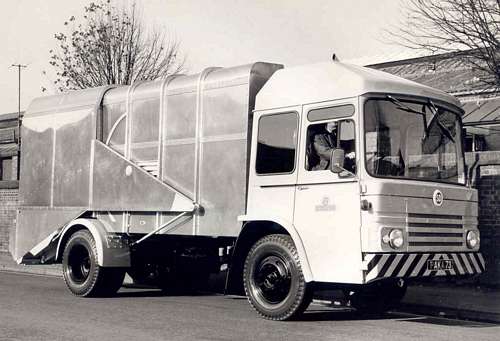 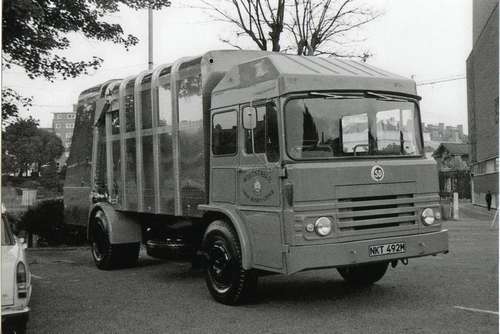 The most popular body option was the Revopak which had already been proved on the ‘T’ series chassis.
Photo supplied by Colin Glendinning.
1972 The Narrow ‘NN’ series. 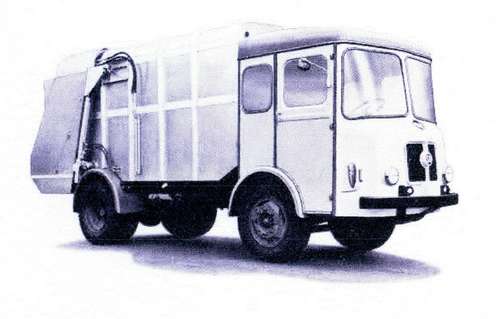 S&D were unable to find a way to modify the Motor Panels cabs to provide a narrow version of the ‘N’ series so the cab design from the ‘T’ series was carried over. The main distinguishing feature is that a full crew cab provided with only two doors was introduced for crew safety purposes unlike the ‘T’ series which had four doors.
Photo from advertising brochure.
1976 Cosmetic changes.

Steve Jones provided me with this information. The earlier N series cabs had larger indicators on the front as shown left whilst later cabs from 1976 had a smaller indicator & side light combined shown right. I don't know the exact date of the lights change but going by English Reg. Nos. on SD Revopaks it must have been late 1976. Another change was to the hydraulic oil filler. On earlier models it was located in the floor of the body, later it was moved to below the body access door. The switch to control the pump was also changed from a pull up/push down switch to a black rocker switch located on the cab floor in front of the gear lever.
Photos supplied by Peter Skerry.
1978 The Intapak. 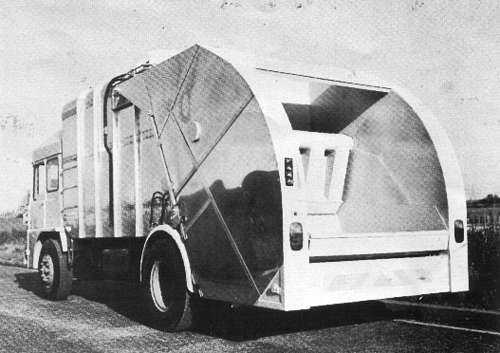 To counter perception that the Revopak continuous operation was uneconomical the intermittent operating Intapak was offered as an alternative. The shape of the hopper distinguishes the Intapak from the Revopak.
Photo from sales brochure.
Chassis Type Definitions.

3,000 N types were produced. [Kaleidoscope caption 128]
For other Vehicle Types click below.