Thomas William Tillson, ("Tom") was born in Coventry in 1908 and served an apprenticeship with the Daimler motor car company. Tom received his technical education at the Coventry Technical College where he gained the City and Guilds of London Institute silver medal.

On completion of his apprenticeship, he left the Engineering Drawing Office of Daimler to join Dennis Brothers of Guildford in 1932, as an engineering draughtsman and then designer. He remained with them for 27 years and acted as Chief Engineer during the latter eight years with that Company. He travelled extensively in the Middlle East, the Continent and the USA, studying the application and potential of heavy and special purpose vehicles, as well as visiting the plants of similar manufacturers in those countries.

An Associate Member of the Institute of Mechanical Engineers, he was also a former member of the Society of Motor Manufacturers and Traders, standards and technical board. 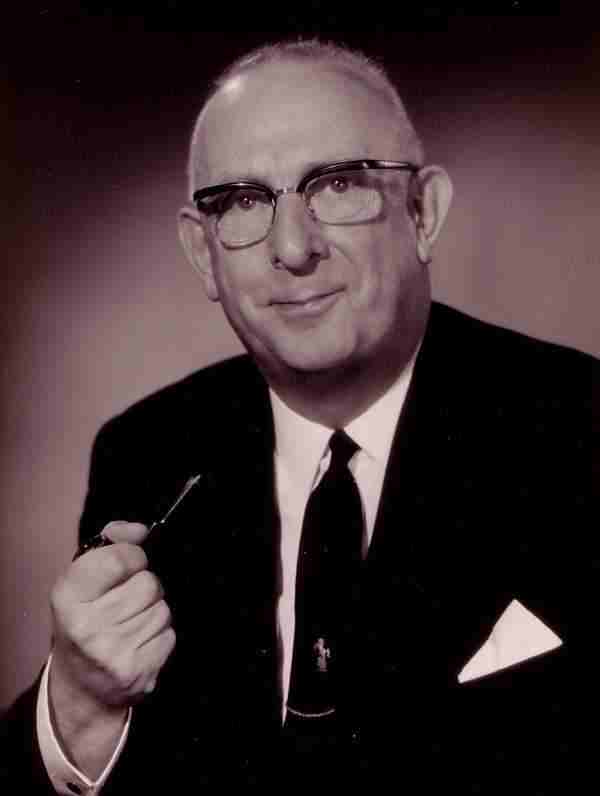 Earlier in his career he had eight years teaching experience as a visiting lecturer in engineering subjects up to higher national certificate standard.

He was well known throughout the heavy vehicle industry and when he was invited to join Shelvoke & Drewry as Chief Engineer in 1959, he had for many years, already been closely connected with the design of municipal cleansing vehicles. There was no doubt that Dennis Brothers' loss was S&D's gain.

Tom's arrival, following the departure of his predecessor John Huggins, coincided with a period in S&D's history when morale was at a low level. He brought with him a breath of much needed fresh air that swept through the Company so rapidly that he was immediately established in his new surroundings with the full support of his new colleagues. His enthusiasm was infectious and this injected a sense of urgency into every project that was undertaken. Despite Tom's wealth of knowledge, he encouraged others at all levels to advance their own ideas to promote an atmosphere of involvement, believing that people perform better when their opinions are respected rather than when they operate in a climate of doubt and inferiority.

Woe betide anyone however, who dared to suggest that something could not be done or could not be done within a certain time scale. "Can't" was a remark that did not exist in Tom's vocabulary and if anyone inadvertently used the expression, it would be taken as a challenge to demonstrate otherwise. He seldom failed!

The immediate task awaiting him at S&D was to design the "T" series of chassis, exploiting changes in legislation which permitted increased axle and vehicle loading limits. Coincident with the development of the "T" series chassis was the design of Pakamatic bodies incorporating compression type, continuous loading compaction systems. These new models won instant acclaim and Tom's reputation was such that many of his previous Dennis customers switched to the "T" range of Pakamatics and the order book reflected a significant increase in S&D's market share.

Tom Tillson's initial contribution was without doubt an important factor in what was the first phase of the Company's expansion programme involving the acquisition of No.2 Factory in Letchworth to accommodate additional production facilities. He was deservedly rewarded in 1961 with an invitation to join the Board as Technical Director

The manner in which he successfully dealt with the development of the "T" series Pakamatic projects was typical of his commitment in dealing with many other formidable tasks which awaited him. These were to include the design and development of a comprehensive range of "Defiant" fork lift trucks as well as an endless assortment of Special Purpose Vehicles including fire vehicle chassis for water tenders and air-crash tenders.

In considering the catalogue of Tom's many achievements it has to be said that the most successful project of all was the design and development of the "N" series chassis incorporating the revolutionary Revopak body equipment which was more effective as a compaction vehicle than the Pakamatic First deliveries of Revopak vehicles were made in 1971 and they became so popular that in addition to exports, S&D's share of the UK municipal market increased from 30% to more than 60%. The overall effect was that annual turnover increased from Ł3 million to Ł25 million within a period of 10 years prior to 1979. 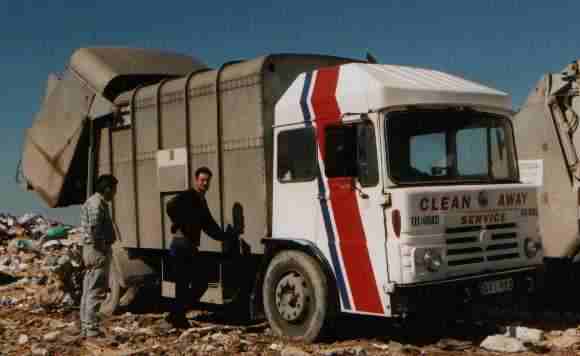 Tom eventually retired in 1979 having completed a remarkable career which included 20 years valuable service with S&D. During that time he won the highest esteem from all who were privileged to work with him and enjoyed his great sense of humour Needless to say, he was sadly missed by his many friends following a well earned retirement.

Sadly Tom died in 1982 following a period of illness which began within a year of his retirement and his death was followed by that of his widow Rene who passed away in 1988. They are survived by their two married daughters Maureen and Janet and five grandchildren by Maureen's marriage.

When Tom Tillson arrived at S&D in 1959 I was working as a Jig & Tool draughtsman. We were located at the far end of the main Drawing Office. As the design of the 'T' range of vehicles proceeded Tom was a frequent visitor to this part of the manufacturing process. He would arrive, pipe in hand, to discuss how a component might best be designed for manufacture. His un-stuffy approach immediately won him respect.

At Christmas one of the ladies in the Drawing Office had knitted a matchbox cover for him, for Tom appeared to gain inspiration from his pipe smoking. Not to be outdone the Jig & Tool Department had a large parcel delivered to Tom's home. Mrs. Tillson staggered into the house with the heavy parcel. When Tom arrived home and unwrapped the gift he found a large log! Included in the parcel were instructions for a 'do it yourself' match making kit.

Eventually, I believe, Mrs. Tillson saw the funny side of this episode. But it demonstrated how readily Tom fitted in to his new surroundings at S&D.